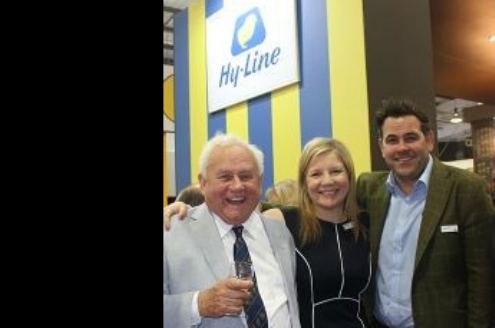 Sir John of Glenrath Farms received the honour for his services to farming and his charitable entrepreneurship.

He and his wife Lady Catherine – who celebrate their diamond wedding anniversary later this year – established their family business in 1959. Located in the beautiful heart of the Scottish borders, Glenrath Farm is one of the UK's leading egg production and marketing companies.

The perfect start to the New Year after a "marvellous" 2016

Sir John's knighthood comes after a year of incredible success and achievement.

2016 highlights include hosting Scotsheep at the business's Blythbank Farm on 1 June – a beautiful day and a huge success with over 8000 attendees.

And on a personal level, Sir John was proud to graduate with a fellowship from the Scottish Rural College of Agriculture, despite leaving school at the age of 15, as well as being crowned UK Poultry Person of the Year.

However, Sir John describes his recent knighthood as "the ultimate honour", and attributes his success to his family and the rest of the Glenrath team: "My wife, family and staff have contributed hugely to every little success that we have been awarded."

Huge congratulations Sir John, from all at Hy-Line. May your success continue through 2017 and beyond!